Believe it or not, I’d never set out to write books.  Strange as it may seem, book contracts just sort of fell into my lap.  Recently several people online have expressed interest in my book and internet history, and where I’m at today.  So I thought I’d take a few minutes today to share my story, such as it is.  It’s not super exciting or glamorous, and definitely nobody’s going to make a movie about it like they did with Julie and Julia.  But, hey, like Julie Powell, I actually was discovered online and given a book deal because of my websites.

But I’m getting ahead of myself.  Let’s back up.

END_OF_DOCUMENT_TOKEN_TO_BE_REPLACED

And then I needed to write up a brief response afterward for one of my MFA classes.   So here it is.  🙂

On Wednesday, November 12th, 2014, I went to see Anne Lamott.  She was promoting her latest book, Small Victories: Spotting Improbably Moments of Grace, at Seattle First Baptist Church in conjunction with The Elliot Bay Book Company.  Seeing Anne Lamott in person was a Bucket List type of event for me.  END_OF_DOCUMENT_TOKEN_TO_BE_REPLACED

Merry Christmas, one and all!  All photos taken in Bellevue, Washington.

The following is an exploratory essay written at the beginning of the “Themes in American Literature” course at the University of Washington Tacoma (Winter 2014).  We were examining the idea of our own personal sense of place in relationship to the articles we were reading near the beginning of the course. 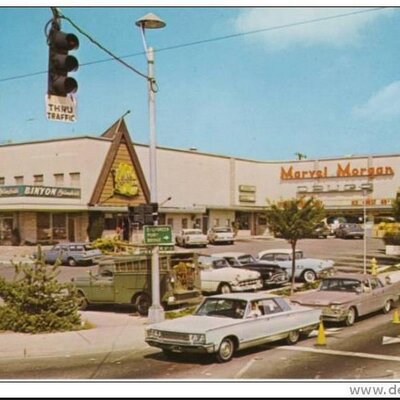 “Placed and Displaced in My Place”

In his essay, “The Sense of Place,” Wallace Stegner talks about the difference between placed people and displaced people in America.  He compares the placed person to Thoreau and his deep connection to Walden Pond and its surrounding environs in contrast to the displaced—or migratory—person who is “cousin not to Thoreau but to Daniel Boone, dreamer not of Walden Ponds but of far horizons.” This idea of placed versus displaced people resonated with me as I have been discovering my family’s immigrant roots as well as the multiple generations of my ancestors who have called the Puget Sound area home since traveling West on the Oregon Trail.  Seven generations of my family have lived their lives here in Western Washington with roots running deeply into the historical fishing and boat-building industries that have been key to the development of this region of the world.  I would say my family is currently made up of placed individuals who are directly descended from displaced pioneers.  My personal sense of place is tied to the town of my childhood, the social hierarchy of the community I lived in, and my adult desires of reconnecting to the places of my childhood. END_OF_DOCUMENT_TOKEN_TO_BE_REPLACED

“Mommy?”  A quiet voice called from the hallway, the soft light from her daughter’s nightlight shining into the gloom.

“I thought I heard crying.”

Oh, crap.  Annie hadn’t realized she’d been crying.  At least not so others could hear.  These days she was always crying on the inside. END_OF_DOCUMENT_TOKEN_TO_BE_REPLACED

This was a paper I wrote for a “History of Christianity” course at the University of Washington Tacoma.  Just stumbled across it in my computer files and decided to cut-and-paste in case anyone’s interested.  🙂

The leadership roles women play within Christianity today vary greatly depending upon which branch of the Christian family tree is being examined.   Women can be ordained as pastors or priests in some denominations but not in others.  So the question remains: what was the role of women in the Christian church during the first century?  The modern Feminist perspective has brought an influx of study on the topic of women in the historical church, but not without experiencing negative criticism from those who view such studies as “an anachronistic and unrealistic application” of historical scholarship.[1]  Even without taking into account Feminist reconstructions of the early church, it is clear from Biblical and historical sources that a number of women held active leadership roles during the time of Jesus and also in the early days of Christianity.

Historical and Cultural Context for Women in Leadership END_OF_DOCUMENT_TOKEN_TO_BE_REPLACED